Call it a privilege or a sheer luck that I’m able read quite a few short stories written by Percy Wadiwala, it takes a refined taste to be able to truly appreciate the quality of the works. I’ll talk about a particular story in this post here, which is titled as “Alayne’s Smile”.

The story is told by the author himself, who is also a character in the story. As always, the writing is subtle and humorous. The writer often makes fun of himself like:

“What do you think, Jormund?’ Kevan asked now, turning his attention to me. I had been trying to blend into the background, but evidently, I did not sufficiently resemble a tree bark to be able to pull it off.

This is a story about saving Alayne from being trapped in her bankrupt father’s cringeworthy marriage negotiation with a business tycoon’s wasted son. The saviors are her friends studying economics in North Midgard (Midgard is a fictional town where most of Wadiwala’s stories are set). The most ardent of them is Kevan who fell in love with the girl the moment he put his eyes on her. They all are quite well acquainted with the different facets of stock exchange.

The way new secrets about the lineage of the pivotal character are exposed is no less gripping than a detective mystery. The rise and fall in hopes among the characters (Alayne’s hope to be free, Kevan’s hope to marry her), are drawn in parallel with the similar nature of stock exchange. It as unpredictable as life itself. Also, on the mindset of people towards Persian community in Mumbai (yes, Midgard is based on Mumbai) , Wadiwala perfunctorily inserts:

“So if I’m following you a-right, Jayne, Alayne is a member of House Stone. Still, being descended from them through the female line won’t help her much. The family fortune must be devolving on some snotty pure-blood non-veg eating, bad-word using fire-worshipper. Her father isn’t one of them, and clearly it was a shotgun wedding if he got her knocked up. Alayne would have been turfed out of the line of succession even before she was born,” pointed out Fatty, who had rather biased views of Persian migrants.

This shows that there are far more significant issues underneath the story than it appears if one looks closely.
And amid all the interesting happenings in front, the author masterfully draws the map of the fictional town Midgard, like background score of a good piece of music. The dialogues, the setting are so lucid and well depicted that one wouldn’t realize when he is in the story too, living it though all his senses. 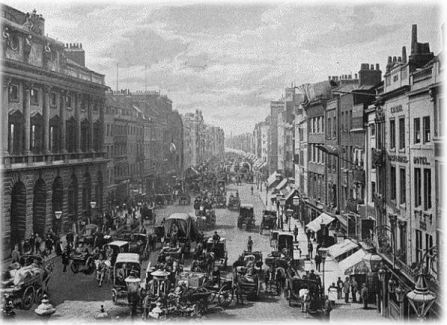 More than anything, I loved the subtlety of characterization in this story. Alayne couldn’t escape from her liability to her father, Kevan couldn’t escape from the fact that his love for Alayne was doomed from the beginning. This inevitability of the events attributes to the melancholy tone of the story. Thus, Wadiwala’s deft handling of humor and helplessness make reading this story both compelling and necessary.